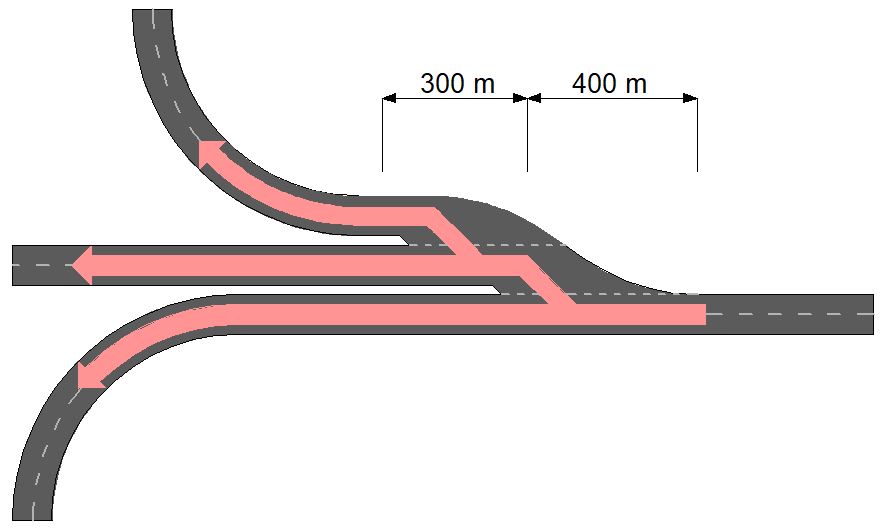 2. Level change of the slip road for turning to the left
Left directional ramp has to remain on the unchanged level until it crosses both of the left directional ramps at the opposite level. This length is about 2/3 of the entire length of the directional ramp. Therefore, there is a very short distance to pass to come to the opposite altitude level. Sharp vertical convex and concave curves allow significantly lower speeds than allowed by a horizontal turn. In order to mitigate vertical curves, we use a trick to slightly raise the level of both roads in the diagonal corners. In the other two diagonal corners, the level of the roads should be slightly lowered. The straight lane must also be adapted to these level changes. 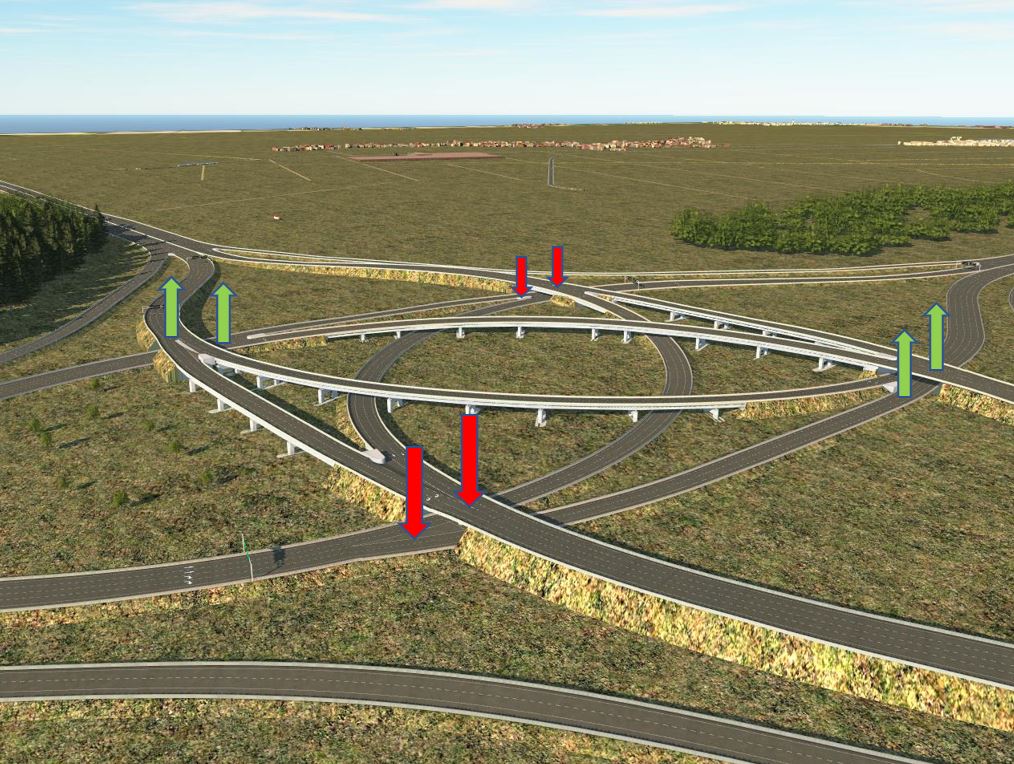 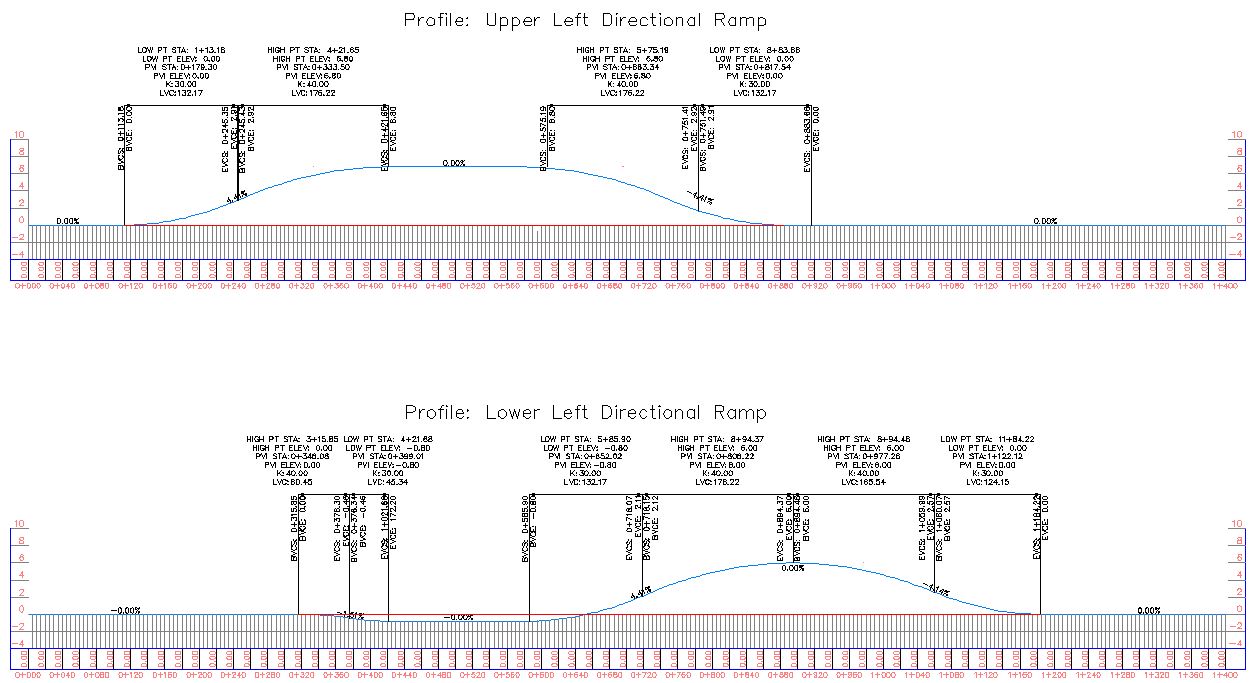 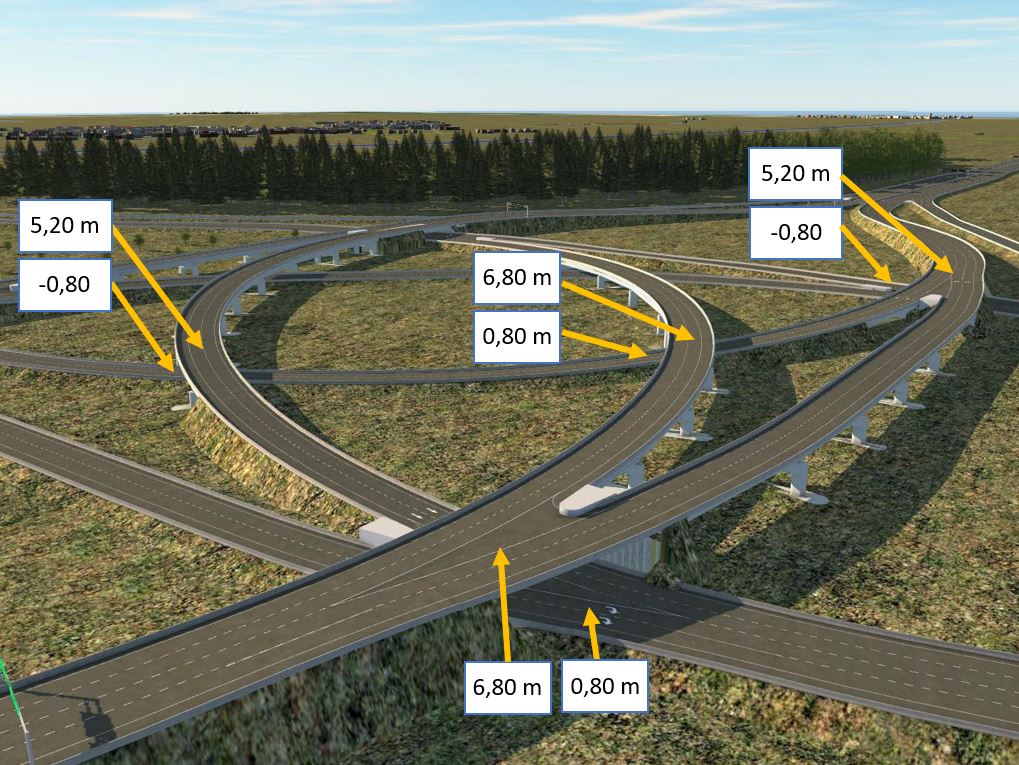 Designing vertical slopes is very complex and challenging. If you are interested in workability or need help calculating, please contact us.

Project documentation has been prepared, which shows the exact design of each directional ramp. 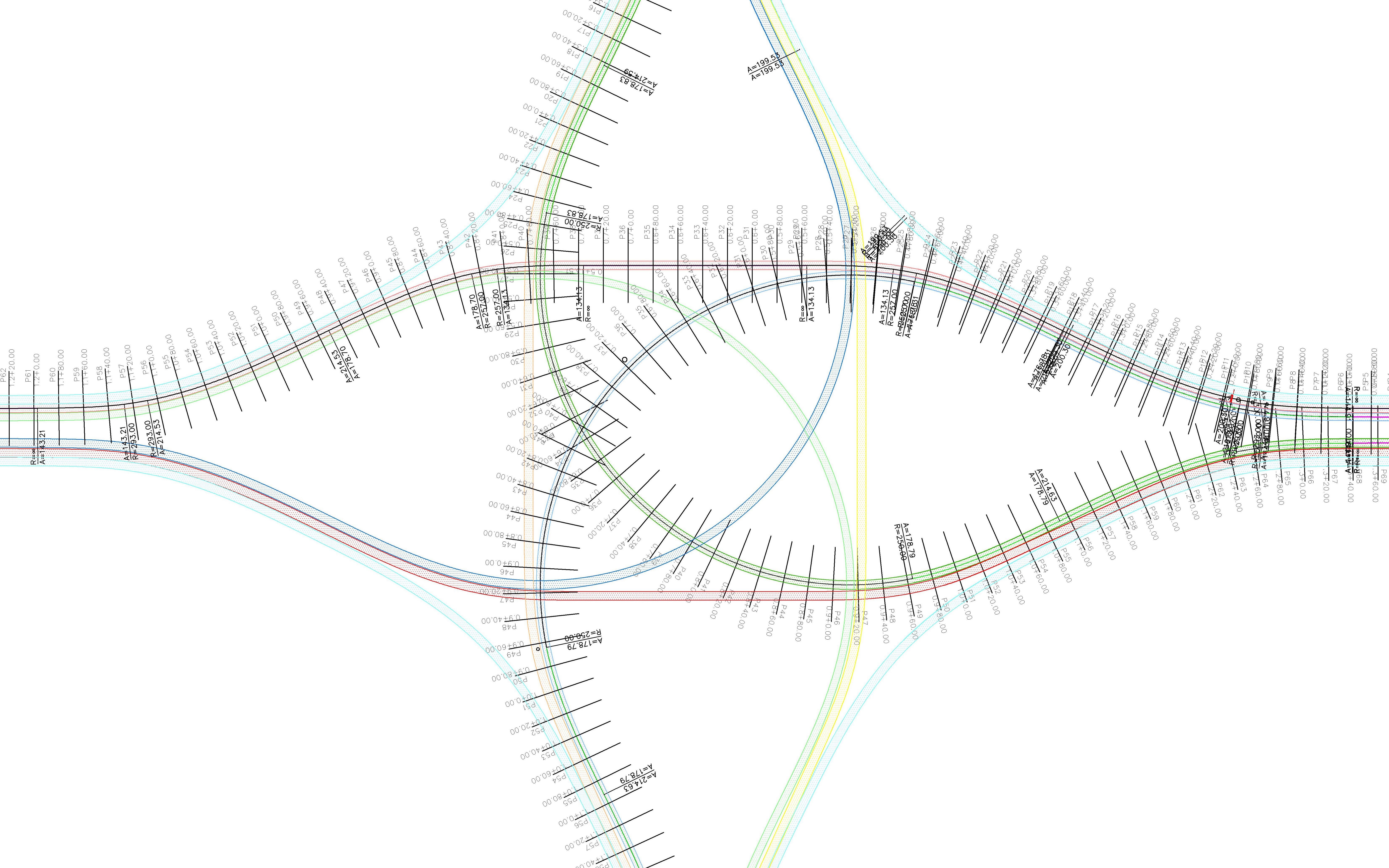 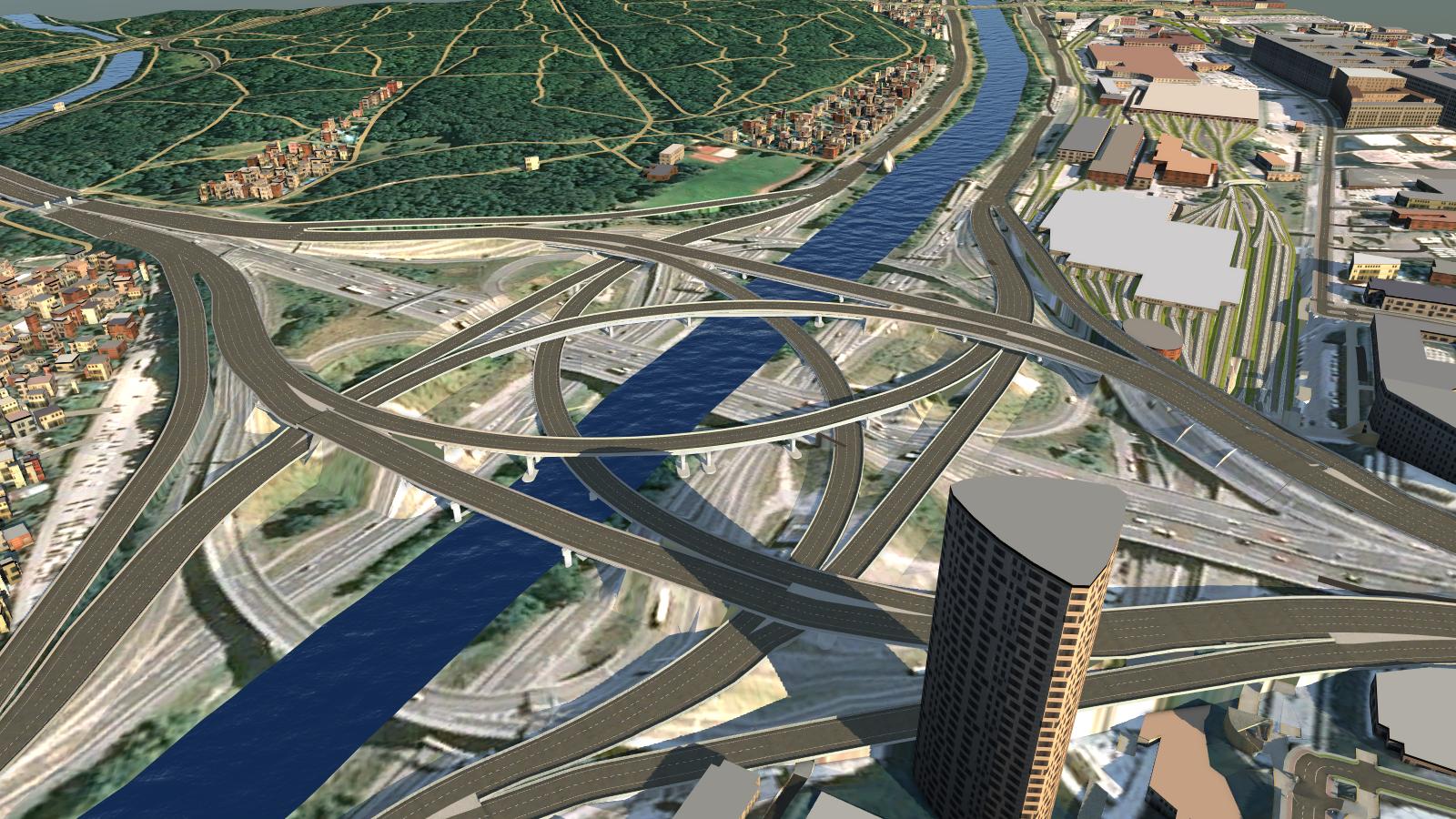 Vienna, Austria: Crossroads between A4 "Ost Autbahn" and A23 "Sudosttangente" 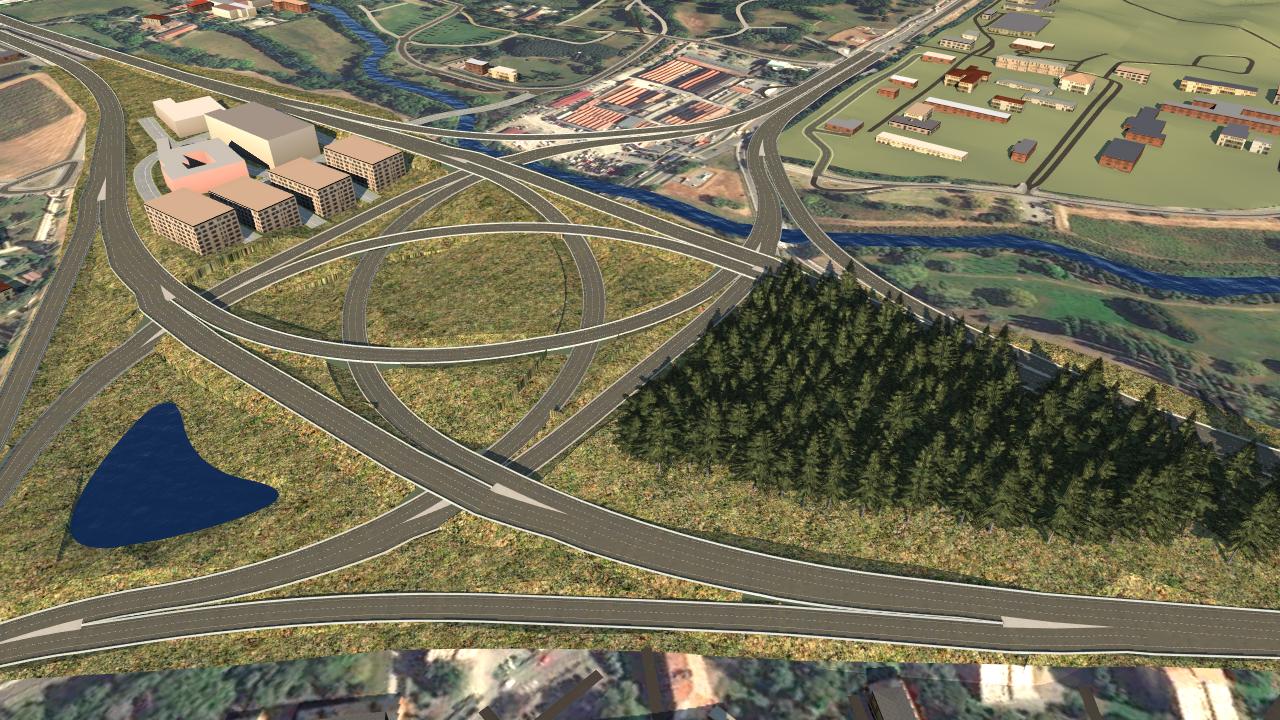 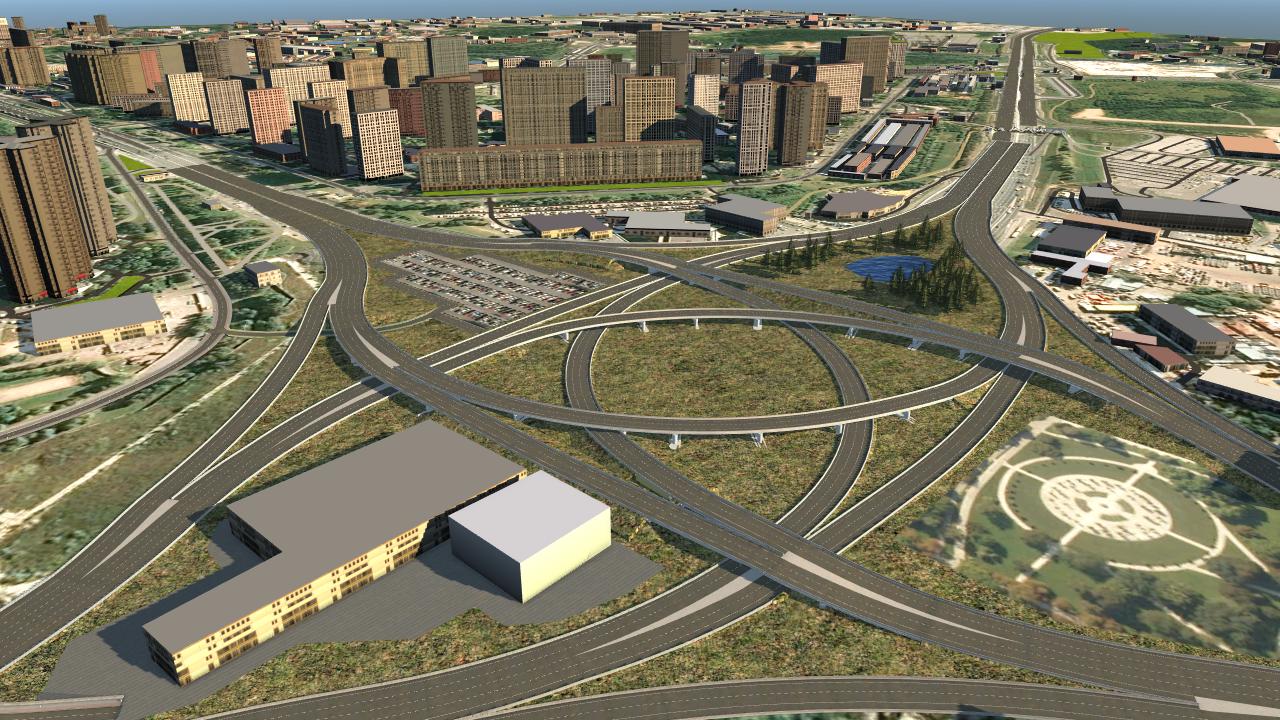 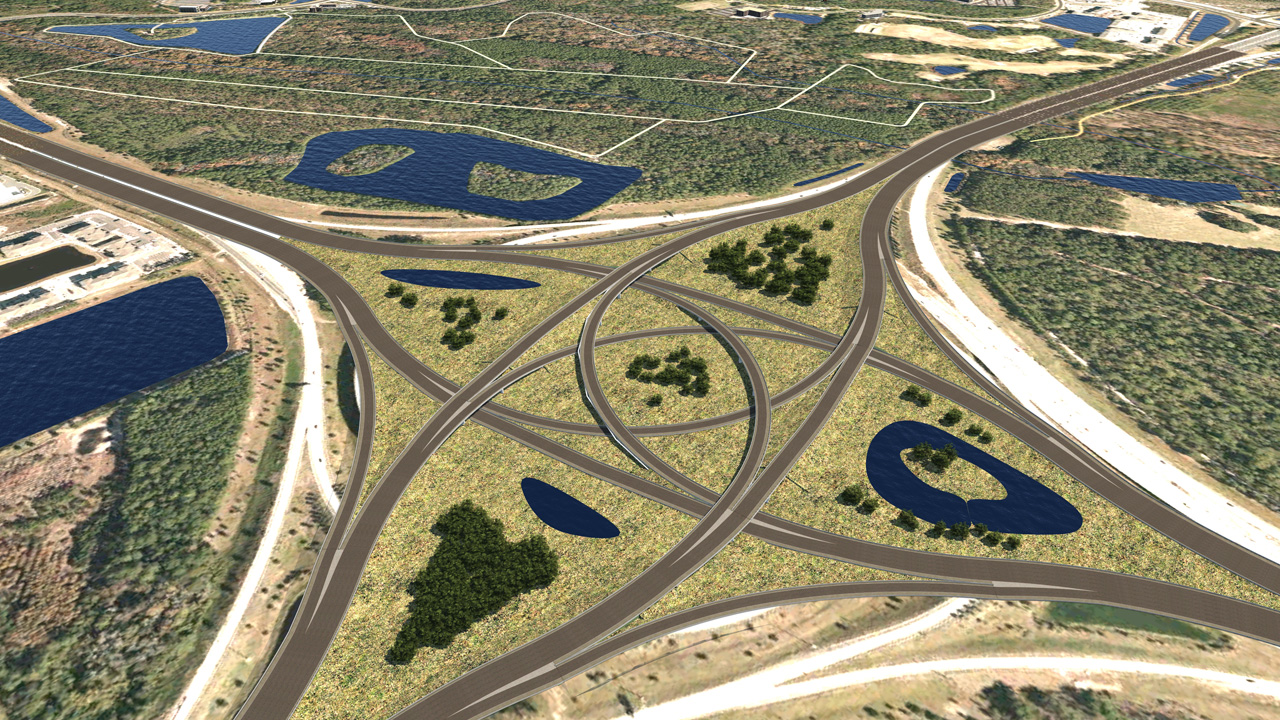 Jacksonville, Florida: Crossroads between Interstate I-295 and State Road 202"

Las Vegas, Nevada: Crossroads between Interstates I-15 and I-215"